Fungal diseases are created by parasites called fungi. Some fungi live on living things as saprophytes (useful microorganisms), but in some conditions they become disease-causing (pathogen). Some are always disease-makers. Fungal disease factors are roughly divided into two groups, yeast fungi and mold fungi. Host immunity, preparatory factors (poor hygiene, wetness, long-term antibiotic use, immunosuppressive treatment) play a large role in the formation of fungal diseases. Fungal infections can hold all skin areas and attachments, from hair to nails. Tinea kapitis ( scalp fungi): they are formed by most mold fungi. Scalp fungi usually occur in childhood. Domestic infection is common. Some pass spontaneously in adolescence. It has superficial and deep types. They create different images according to their location. In superficial types, several large round areas of hair; dandruff, hair breakage, matting are seen. It can pass spontaneously in this type of pupert. In Favus (dry bald), mushrooms always settle deep. Hair has fallen out in the patient area, in the rest they are scrawny, grayish-ash colored. It has a strange bad smell. There are yellowish, crusty structures on the hair bottoms. Hairs are easily pulled. It heals by leaving a mark. It results in permanent baldness. If the fungus settles deeper (kerion selsi), a single or several nodules form on the scalp. The lesion is purulent in appearance and soft. Pus flows from them over time. Hair falls out or is easily pulled out as it pulls hair from butter. Lymph nodes near the diseased area are swollen. It heals by leaving a mark. This disease is more common in children. Deep-settling fungi can hold the beards of adult males. (Sycosis Parasiteria) they form the same symptoms on the scalp. Body fungi (Tinea corporis) : most are formed by mold fungi. Fungi can form diseases on the torso, extremities, hands and feet, groin and armpit. The most common yeast infection is “pitriasis versycholar”, which is very common in young and middle age. The disease has brown white spots on the neck, trunk, back, armpits and typical images of dandruff developing on it. Small plaques sometimes merge to form a map-like appearance on the skin. The patient has no subjective complaints, but there is a problem with appearance. The disease increases mainly due to heat and humidity in the summer months. It is more common in those with immunodeficiency, in those with chronic infection, in diabetics, in pregnant women. Another form that settles in the body is the form called “herpes sirsine”, popularly known as “temriye”. It can sometimes even settle on the torso. It makes patches that are red in the middle, Bran, moving in the form of small protrusions towards the periphery. Itching, watering can be seen. This form is often confused with eczema. This type is also more common in those who engage in animal husbandry, those who feed cats and dogs in their home. Hand Foot fungi (Tinea Pedis and Manum) : caused by mold fungi. Fungal diseases can create different images on the hands and feet. Sometimes they give the appearance of typical eczema, sometimes they form reddened, Bran plates. Sometimes dry shells form images in the form of slits. It must be itching. They can often be confused with eczema, psoriasis and other microbial diseases due to their mixed images. Detection of fungal agent from lesions (native preparation) is the most accurate diagnostic method. Pubic fungus (Tinea Inguinalis) : it is formed by most mold fungi. It is one of the most common fungal diseases. Most patients do not go to the doctor for a long time because they are ashamed of an inguinal area examination. They try to cope with the drugs they take from the pharmacy or the neighbor. This, in turn, aggravates the painting. Inguinal fungus, most symmetrically, forms clear limited lesions in both inguinal areas. Vaguely protruding rashes are present at the edges of the lesions. Its inner side is more pinkish and Bran. There are road signs in places. Inguinal fungus lesions can sometimes spread to the breech area and buttocks. It can cause severe itching, odor, watery and stretch marks in some patients, especially in fat and diabetics. Nail fungus (Onnycomycosis): most mold is formed by fungi. It can hold all the nails. It is more common on the big toes than on other nails. Nails that are infected with the disease appear discoloration (yellow-black), thickening , roughening. In advanced stages, the nails crumble. A thickened, roughened nail can sink into the skin, causing pain and swelling. Sometimes uncut nails become Horned. Yeast (candidiasis ) fungi: Candida, which are usually found as saprophytes in the organism, become pathogenic due to disorders in the immune system and form diseases. Immunodeficiency diseases, diabetes, chemotherapy, high-dose antibiotics, steroid treatment and the formation of cracks in the skin due to maceration lay the foundation for candida. Yeast fungi form a very common disease called “thrush” in young infants. Again, they cause “diaper rash” as a result of poor nutrition and arson (arson dermatitis). Yeast fungi can cause whitish plaques, redness and abrasions such as thrush in the mouth and tongue, on the edges of the lips in adults and the elderly with low resistance (candidal glossitis, candidal Persia). Yeast fungi can cause vaginal discharge in women who are diabetic, pregnant, overweight and on long-term antibiotics, in the appearance of a fragrant, cheese cut. The table is extremely itchy and uncomfortable (candidal vulvovaginitis ). Yeast fungi can also cause fungal disease on the nails (candidal onnycomycosis). 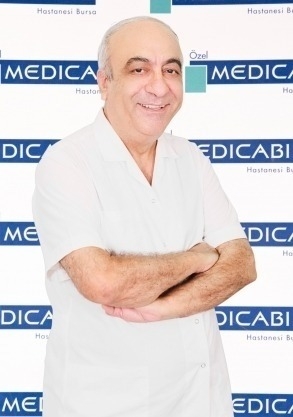