Smoking is the most deadly event of social poisoning. Death occurs as a result of diseases caused by smoking. Each cigarette contains more than 4,000 chemicals that are toxic to the body, irritating, cancer-causing or facilitating the appearance of cancer. At least 50 of them have been proven to directly cause cancer. Nicotine is the substance that makes a person addicted to smoking. Nicotine also speeds up the heartbeat, raises blood pressure, increases the risk of blood clotting. Carbon monoxide gas in cigarette smoke reduces the oxygen carrying capacity of the blood, preventing enough oxygen from being transported to the tissues, as a result, smokers get tired more quickly during exercise. According to World Health

Organization (WHO) data, 10 million people are projected to die from smoking-related diseases in 2025. It is stated that 7 million of these will be in developing countries like us. 25-30% of drinkers die prematurely. Smoking is the cause of 35% of all cancer-related deaths in men and 15% in women. 90% of lung cancer-related deaths are caused by smoking. Lung cancer ranks first in deaths due to cancer. The risk of lung cancer in smokers is 20 times higher than in non-smokers. Even those who do not smoke, but are exposed to smoke, the risk of lung cancer is 3 times higher than those who do not smoke. In addition to lung cancer, smokers also have an increased risk of developing cancer of the mouth, tongue, lip, larynx, esophagus, pancreas, bladder, kidney, prostate, cervix.

Exposure to the fumes increases the risk of breast cancer in women, which never drank. Smoking is the most important cause of respiratory system diseases that cause shortness of breath, such as chronic bronchitis, emphysema. The risk of death due to these diseases is 40 times higher than that of those who never drank. Smokers have a 3-fold increased risk of heart attack. Because of its effects on blood circulation and vessels, smoking increases the risk of brain vascular diseases and strokes, causing leg gangrene. Women who smoke have a high risk of miscarriage, premature birth, birth of a low-weight baby, infertility, and heart attack in those who take birth control pills. Smoking causes infertility and impotence in men. In smokers, the risk of ulcers increases, recovery is delayed. Smoking facilitates the appearance of dry skin, psoriasis, cataracts in the eye.
WHY ARE YOU HAVING TROUBLE QUITTING SMOKING?
Nicotine in cigarettes is a powerful addictive substance. Compared to cocaine, heroin and alcohol, smoking is more likely to be addictive, even in people who have tried it by chance. Nicotine reaches the brain in 7 seconds after each breath while smoking, making you feel good and causing you to want more nicotine. Smokers have a habit of hands and mouth. The greater the number of cigarettes smoked per day, the stronger this habit is.
PLEASE REMEMBER!
Getting rid of an addictive substance is difficult, but not impossible, it is achieved with determination. The nicotine withdrawal symptoms that many addicts are forced to experience are temporary. The most difficult period is the first 2-3 weeks. Negative, unexpected events can encourage you to smoke. Remember that smoking is also a habit and you can overcome it, and remember that smoking will not change the negativity you are in. Just as smoking will not solve problems, starting again will upset you and shake your self-confidence.

20. per minute
Pulse, blood pressure and body temperature return to normal.
24. per hour
Carbon monoxide gas in the blood decreases rapidly.
2 Weeks-3 days later
Your exertion capacity increases.
If the cough subsides, it disappears within 3 months.
The amount of sputum decreases by half in 2 weeks.
It's easier for you to breathe.
Your sense of smell and taste improves.
Your immune system begins to strengthen.
You start to feel stronger and stronger.
Yellow spots on your teeth and fingers disappear.
1. per year
Your risk of having a heart attack begins to decrease from the first days, the risk decreases by 50% at the end of 1 year.
The risk of brain hemorrhage and vascular disease in the legs (Buerger) is reduced by 30-50%.
The emergence of lung diseases that can lead to respiratory failure, such as COPD (Chronic Obstructive Pulmonary Disease), is prevented, and respiratory function improves in the following years.
5. per year
The risk of cancer of the mouth, larynx, esophagus, bladder is reduced by half.
10. per year
Your risk of paralysis decreases to the same level as those who have never smoked in 5-10 years.
The risk of lung cancer, mouth, larynx, esophagus, bladder, kidney, pancreatic cancer continues to decrease.
15. per year
The risk of heart coronary artery disease and heart attack is the same as those who never drink. 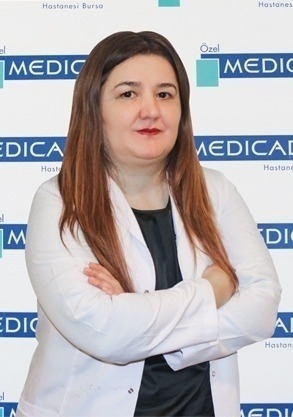