Pain in the form of heart burning after eating, sour taste in the throat, difficulty swallowing, ‘gastroesophageal reflux disease’(GERD) known as the most common signs of the disease. Annoying coughs, hoarseness, shortness of breath, burning sensation in the throat, hanging out as if there are foreign substances, difficulty swallowing, other signs of reflux are among them.

GERD can be controlled by simple lifestyle changes and medication. Surgery is the last option. When you eat, the food comes down to your stomach through the mouth, the esophagus, that is, the esophagus. Along the way, food passes through a one-way valve called the lower esophagus sphincter, which is the entrance to your stomach. Normally, when we swallow, this place opens and closes quickly, allowing food to enter the stomach. In GERH, his work has deteriorated. The cap here allows stomach acid to escape back into the esophagus. Escaping stomach acid irritates the esophagus. GERD disease can be more severe if a hernia, that is, the stomach rises from a weak point of the diaphragm.

Chest burning in a row can be a symptom of multiple medical problems. In confirming the diagnosis of GERD, your doctor can perform a full physical examination and request diagnostic tests. According to the results of these tests, your doctor will guide the treatment in the most appropriate way. Chest pain or discomfort caused by serious heart problems can be felt similar to discomfort caused by Gerd.
EXAMINATION OF THE DIGESTIVE TRACT

The barium imaging method is a series of x-ray films showing the movement of the digestive process. When you drink milk mixed with barium, X-rays display on the film any backward escape event that barium does to the stomach. X-rays can also show if you have a hernia. You should not eat or drink anything for 6-8 hours before this short painless test.

Esophageal endoscopy is the retrieval of images from a thin camera that has been ingested. A drug spray can be sprayed down your throat so that you can more easily swallow a soft pipe, a thin pipe from most foods you swallow. During this procedure, your doctor may take a biopsy if he deems it necessary. Do not eat or drink anything for 6-8 hours before this test. You may have a sore throat the day after the test.
The condition of the lower esophagus Valve is determined by measuring novelization with esophageal manometry. This test also shows how well food that passes through the esophagus compresses. It is a method that can work in patients who need surgery. A soft tube is directed from the nose to your stomach. Measurements are made when the tube is slowly drawn from the stomach into the esophagus. You should not eat anything 8 to 18 hours before this test, which takes thirty minutes.

PH moniterization test is that the pH change due to open acid escape can be recorded for 24 hours. Among the diagnostic methods, this initiative is the most reliable.
Ultrasound can be used to examine gallstones. Because people with a hernia often have gallstones. Its use in GERD is very limited.
Treatment as soon as you see symptoms of such a disease, you should consult your doctor, as this disease can cause very serious complications. Treatment is in the form of regulating your lifestyle, medication, and surgery, depending on the degree of your disease. LIFESTYLE CHANGES
Raise the bed bedside by 20-25 cm.
Avoid eating near sleep time.
After-dinner walks.
Avoid foods known to increase reflux; caffeinated drinks, spicy foods, roasts, alcohol, onions, chocolate, citrus fruits, tomatoes, mint, etc.
Smoking; nicotine contained in tobacco increases stomach acid and associated irritation.
Avoid overfilling the stomach by eating frequently and less.
Reducing pressure: too much pressure on your stomach can cause reflux. To get rid of pressure, maintain your ideal weight, loosen your belts and don't wear tight clothes, avoid leaning forward.
Anti-inflammatory drugs such as Aspirin and iboprufen can cause more irritation to the protective layer of the stomach.

MEDICATION
Neutralize stomach acid: antacid drugs neutralize or weaken stomach acid. You should take these antacids on Doctor's advice. Constipation and diarrhea can often be seen as side effects. If you have high blood pressure, consult your doctor first, antacids are rich in sodium and can affect blood pressure. Reducing stomach acid: if antacids alone do not work, your doctor may recommend stronger medications. These drugs are called H2-blockers. These drugs, sold under the generic name cimetidine, Ranitidine, Famotidine and nizalidine, suppress stomach acid production. H2-blockers can cause dizziness in elderly patients.

Cimetidine and Ranitidine can increase the effects of alcohol. Cimetidine should be taken together in antacids 1 hour apart. Because antacids reduce the effectiveness of cimetidine. If you are a man, you can ask your doctor about the possible effects of long-term H2 use on sperm count. Strengthening stomach muscles: drugs that strengthen the boring effect of the esophagus and narrow the lid can improve Gerd. These are sold under the generic name sisapride, metoclopramide and betanecol chlorite by prescription only. These drugs are usually used with H2 blockers for a long time. Metoclopramide is also useful as it additionally speeds up the emptying of the stomach. The most common side effects of cisapridine are abdominal cramps, constipation, diarrhea, and extreme irritability.

Metoclopramide causes fatigue in some people and can cause more severe side effects. Nausea and vomiting may occur if betanecol chloride is taken immediately after eating. Eliminating stomach acid: if other medications are no longer effective, your doctor may prescribe proton pump inhibitors such as acetaminophen and lansoprazole. These drugs completely stop the production of stomach acid and are very effective in controlling GERD complaints. Acetaminophen has side effects such as stomach or abdominal pain. Lansoprazole can cause nausea with diarrhea and sometimes stomach pain. If other efforts in the treatment of GERD do not produce results, you may be a candidate for surgery.
Order Blogs 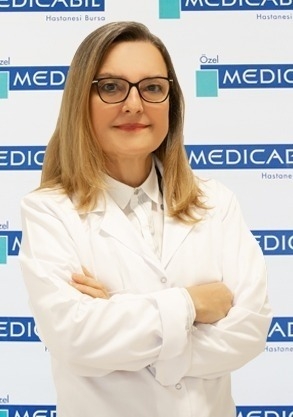