The case of diabetic patient.The patient submitted to several Orthopedia&Traumatology specialists at Baghdad, Iraq. While some of them suggested amputation of her foot, the others suggested amputation of her leg. After arrival of the patient to Medicabil Hospital, she was examined by Chief Doctor at Orthopedia and Traumatology Dprt, Prof.Dr.Omer Faruk BİLGEN together with Plastic&Reconstructive Surgean Prof.Dr.Ramazan KAHVECİ and Internal Diseases Specialist. According to the board decision, amputation of only 2 finger and grefting would be enough for the patient as blood circulation was succesful. At the first stage of the treatment, we were focus on controling the diabetic and infection then later on we passed the second stage which is amputation of 2 finger and treatment of wound with Vacuum Assisted Closure (VAC). Thanks to the tremendous knowledge and skill of our specialist, there wasn’t any necessity occur for amputation of foot or leg. 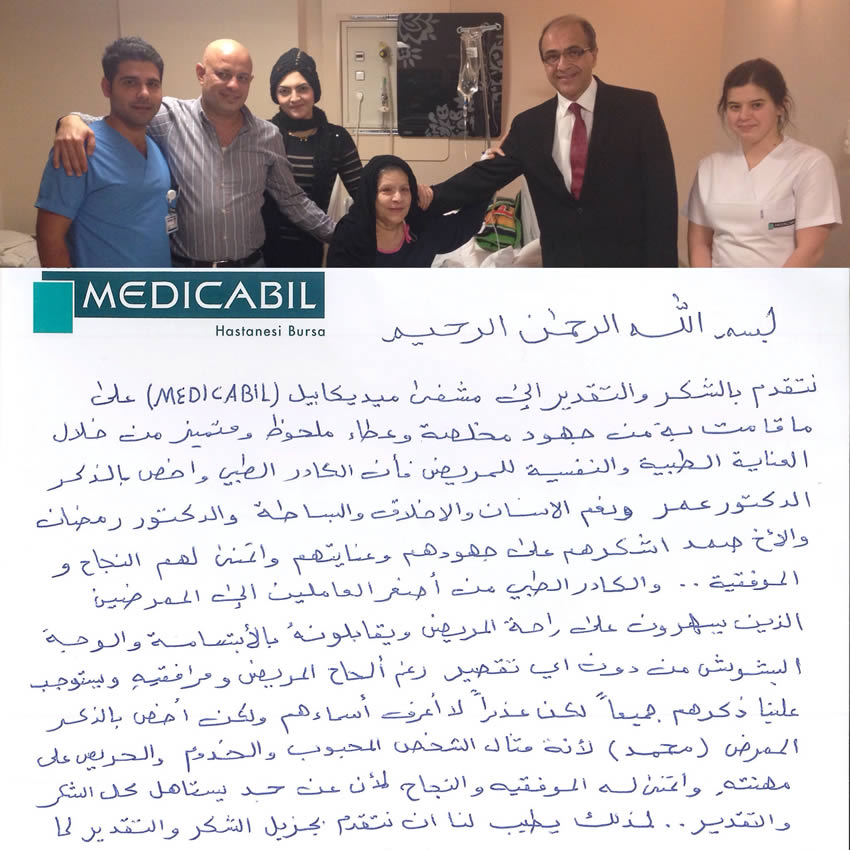 The patient submitted to Medicabil Hospital with left radiculopathy to the leg and burning sensation together with severe neurogenic claudication.After examination of the patient by Prof.Dr.Ufuk AYDINLI who is the Board Member of Trustee Committe at #AOSpine Europe, the patient had undertaken to posterior instrumentation with TLIF surgery. The surgery followed with neuromonitarization in order to avoid any further complication due to surgery. 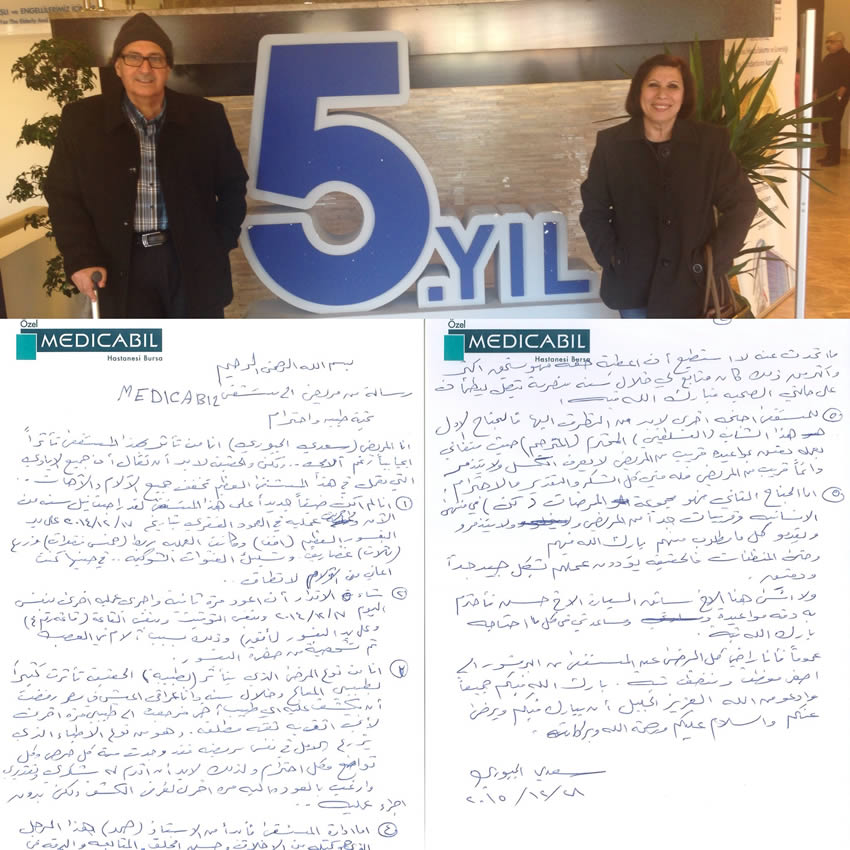 The patient admitted to the Medicabil Hospital due to pain in left leg and knee with limited range of motions. After his examination by Prof.Dr.Omer Faruk Bilgen, the diagnose was septic arthritis on left knee and abscess on posterior of left leg. The patient was discharged from the hospital in stable condition after the treatment completed. 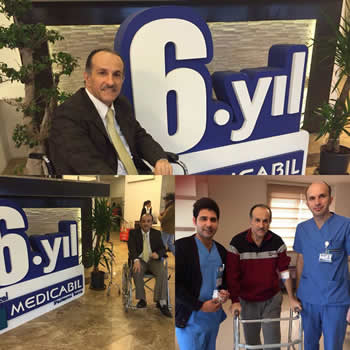 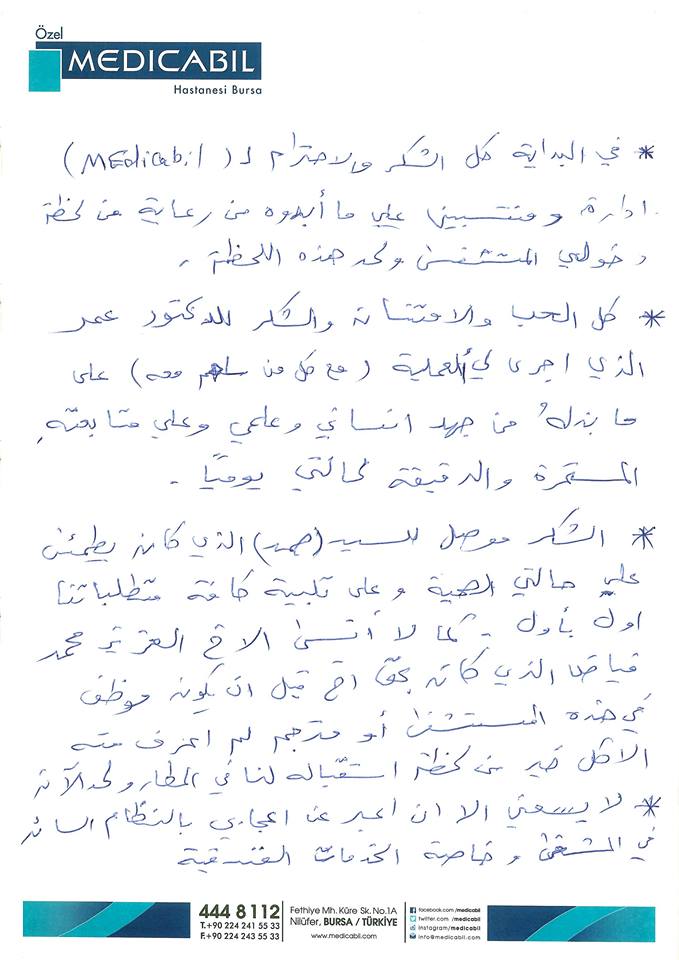 The patient applied to Medicabil Hospital suffering from epileptic attacks at February, 2014. After several examinations by Neurosurgery team of the hospital, he was undergone to glial tumour resection surgery by Dr.Alper Turkkan. The surgery completed successfully and he was discharged from the hospital after 1 week stay from the surgery.We invited him (the one with navy-brown coat) to the opening ceremony of network office of Medicabil Hospital at Baku, Azerbaijan. He was expressing his gratefulness to whole medical staff of Medicabil Hospital, mostly to Dr.Alper Turkkan. He also added that there wasn't any epileptic attack since the time of surgery and he returned to his daily life. During that time, he got married and his wife is pregnant for 7 months.On behalf of whole team of Medicabil Hospital, we wish him and his family all the best till the end of their life with full of health and happiness...

Case of Congenital Hip DislocationThe patient prefered to be operated at JCI (Joint Commision International) accredited, Medicabil Hospital, where is the education center of the world leading orthopaedics implant producers by Prof.Dr.Omer Faruk BİLGEN and his team.Prof.Dr.Bilgen used ceramic cementless prosthesis components during the surgery at July 7, 2015.Prof.Dr.Omer Faruk BİLGEN used to perform congenital hip dislocation surgeries for adults. Thanks to his tremendous capability and surgical technique, hundreds of local and foreigner patients per year has been submitting to Medicabil Hosptial to be operated by him 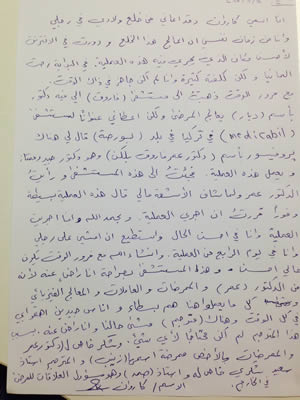 The patient injured from his face in Iraq and consulted to Medicabil Hospital a couple of days later from primary treatment in Iraq. Preoperative diagnostic tests were performed. After general anesthetic infiltration, he underwent to scar revision surgery and discharged from hospital in good condition 1 day later from the surgery at August 7, 2015 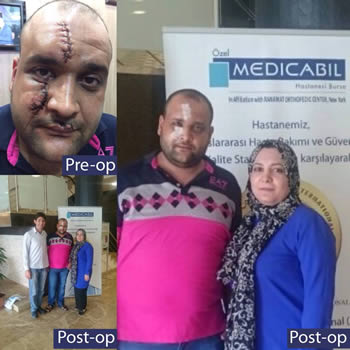 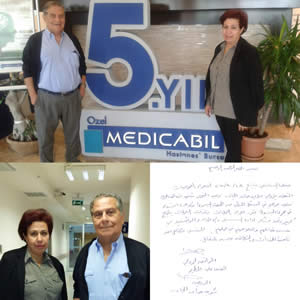 The Iraqi patient (75) applied to Medicabil Hospital with suffering from disability to walk and urinary incontinence. He had also heart failure as co-morbid disease and an experience of previously heart attack as well.After his clinical examinations completed by Medicabil Hospital’s Neurosurgery Department Physician Asst. Prof. Dr. Turgut KUYTU, the patient was taken to shunt operation.Thanks to success of Neurosurgery department and Anesthesia&Reanimation department, surgery completed successfuly. The patient stayed at surgical ICU unit a couple of hours then moved to his private room. 1 days later from the surgery, he started to walk and urinary incontinence totaly got out off. 2 days later from the surgery, he was discharged from the hospital with in good health.We wish him health till end of his life. 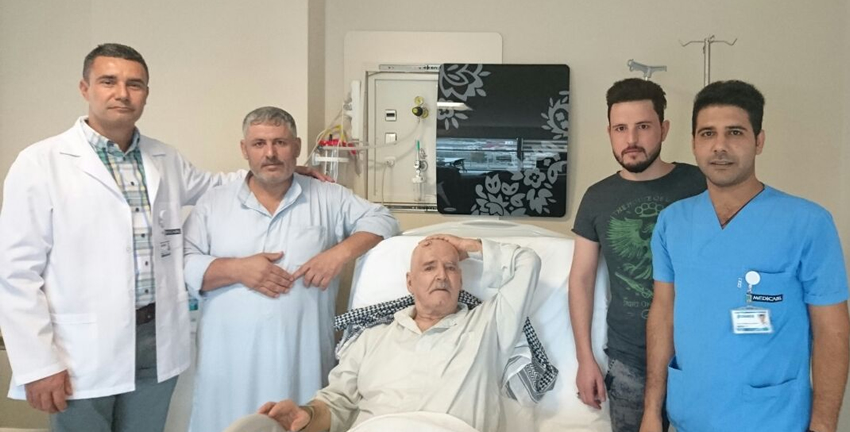 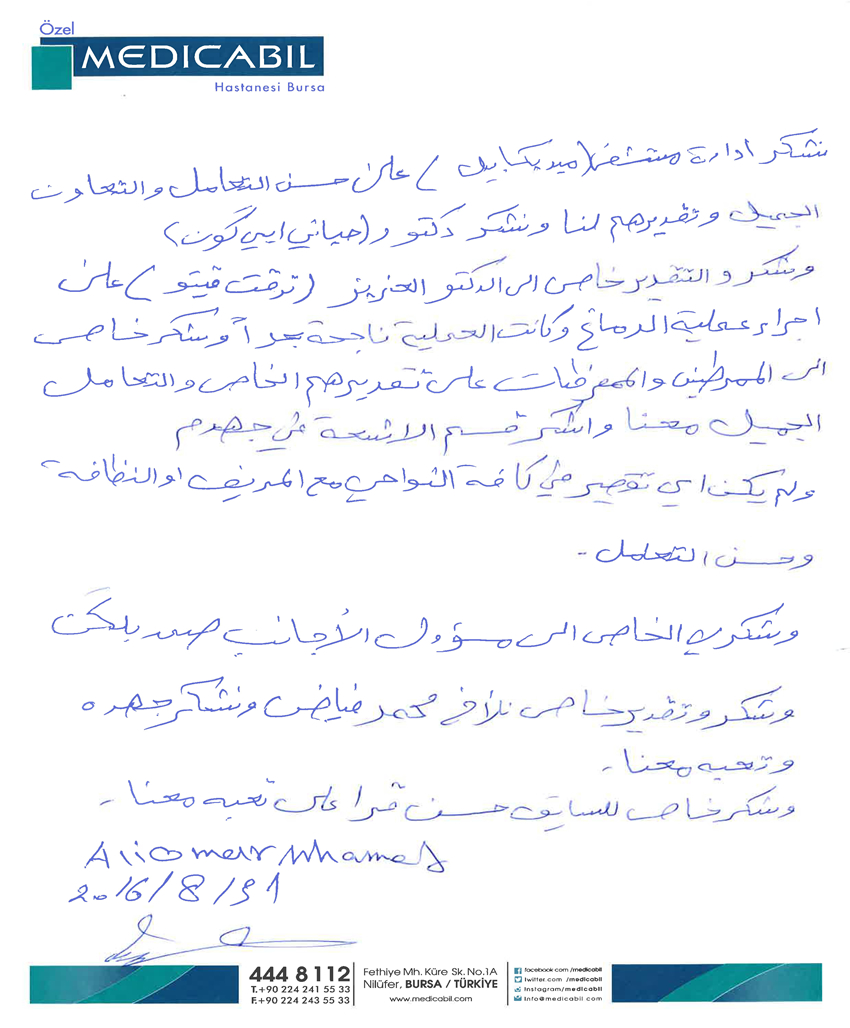 After the patient submitted to Medicabil Hospital, a committe of doctors were created that consist from Orthopedia&Traumatology, Anesthesiology&Reanimation, Pediatric Cardiology and Pediatric Endoctrinology Specialists. According to the final decision of the committe, the first.approach to the patient is kyphosis surgery as there was not any restriction for surgery in therms of cardiological symptoms and anesthesiology examination. The surgery of L3-T12 posterior instrumentation with osteotomy under neuromonitarization was performed successfully. The patient was care over 24 hours in the post anasthesia care unit and than 4 days in the clinic after the surgery. The patient was mobilized, and then was discharged from the hospital on the 5th.day. During that time, the examination of 11 genetic test by Endoctrinoligst was started for mucopolysaccharidoses panel in order to decide about type of mucopolysaccharidoses. 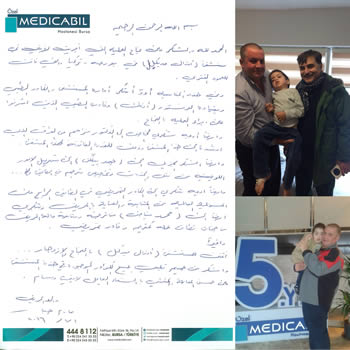